In Automators 27 David and I did the thing we do best: ignore all the advice, install the betas, suffer for it, but in the end we got you the goods on Shortcuts in iOS 13 and what it's really like!

One of the things we love in this new version of Shortcuts is the replacement of Get Variable with this new sentence format in each action. 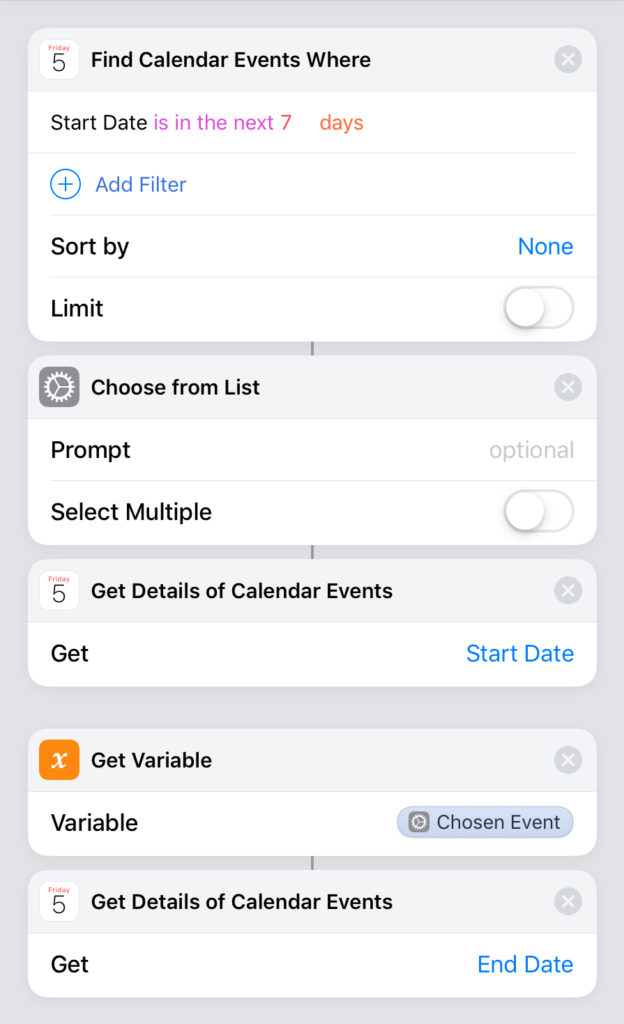 Shortcut on iOS 12: Get calendar event, choose from list, get start time, get chosen event, get end time[/caption] 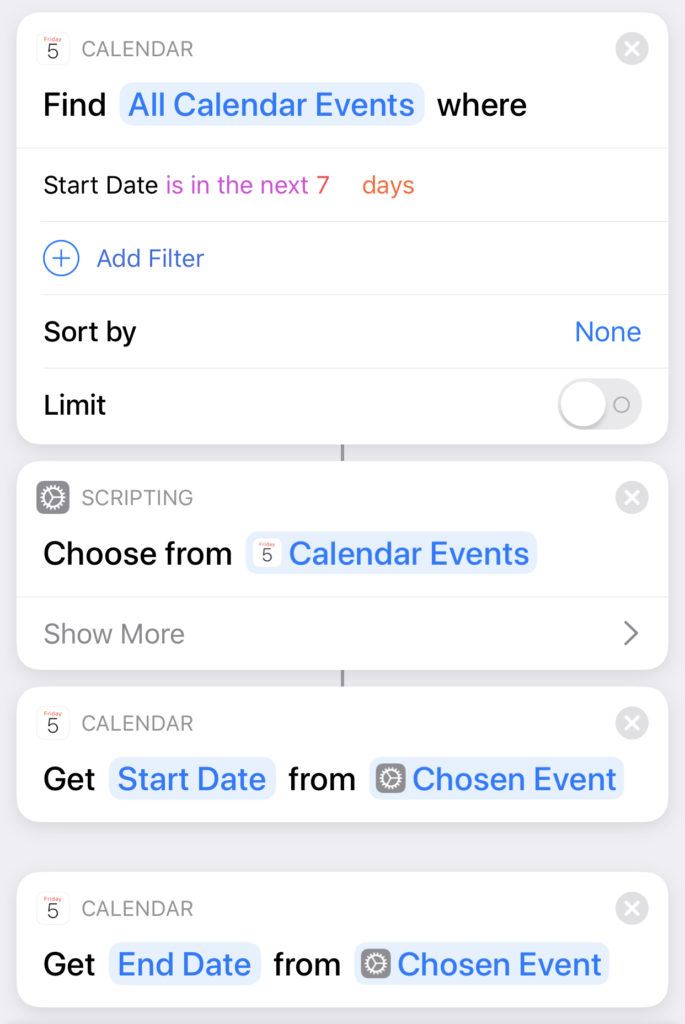 iOS 13 version of the same shortcut[/caption]

I know in the episode I said I would do a video on this, but I think these screenshots explain it much better than a video would have! It's now much easier to see what you're working with - and that's better for everyone from Shortcuts super nerds to people just poking around who find it installed on their devices after they update the OS in September.

I hope you enjoy listening to the episode - David and I are both running developer beta 3 now!

One note: I said in the episode that I wasn't able to run Shortcuts from notifications (e.g. with triggers like time) - beta 3 resolved this.

Thanks to our sponsors for this episode, Away and TextExpander from Smile.