My iPad Pro 11" with Smart Keyboard folio and Apple Pencil arrived just before 10am on Wednesday (earlier than I could have got it at the Apple Store) and I've been putting it through its paces ever since. 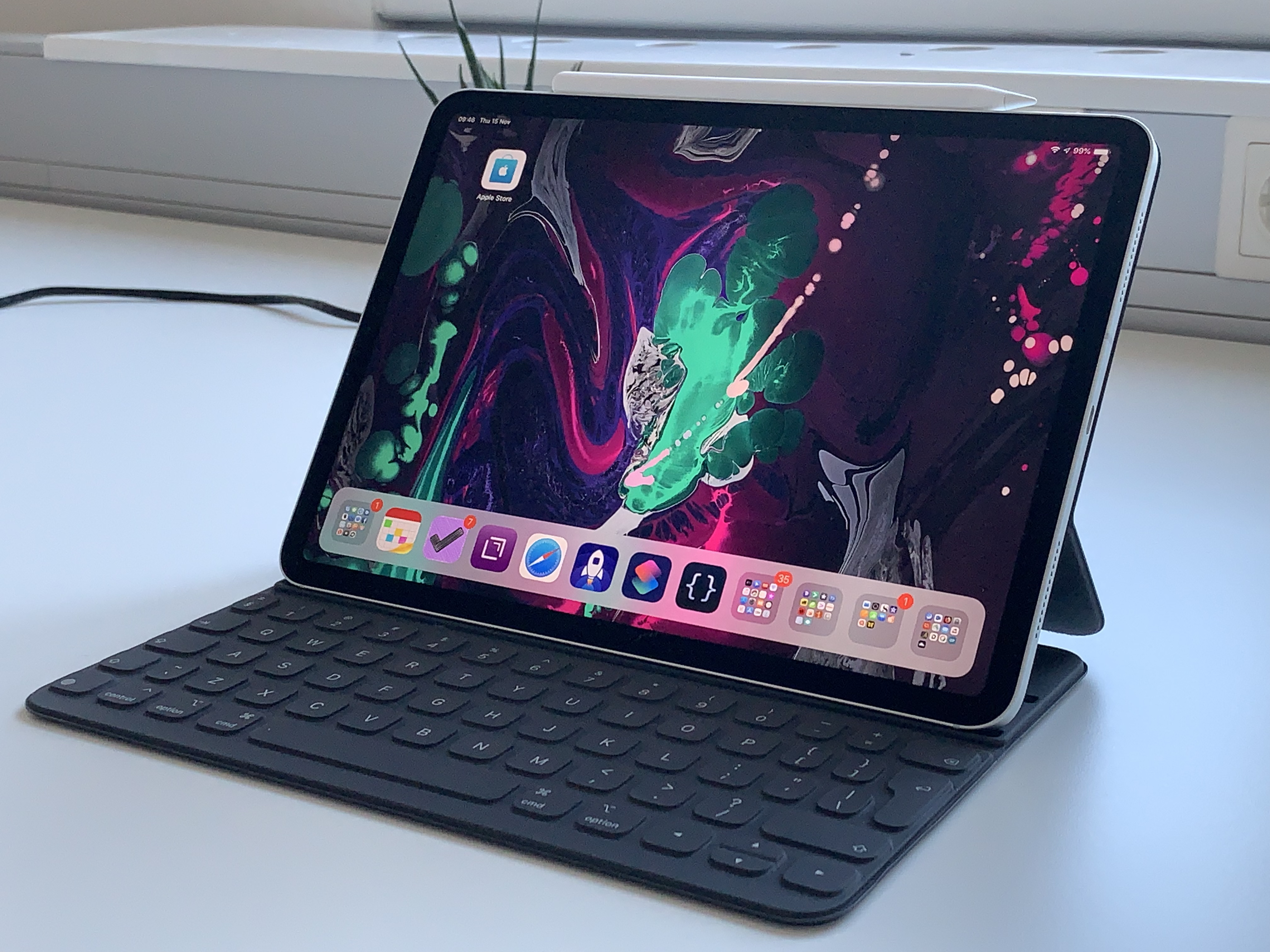 Straight away I was impressed with the screen, it's big and beautiful - and more importantly, hasn't increased the size of the device at all from the 10.5" iPad. I have several bags I love which fitted the 10.5" iPad perfectly - and I'm very pleased to report that my 11" iPad is not going to require a change in my handbag collection 😉.

After attaching the Smart Keyboard folio I became slightly concerned by the weight of the device, but I weighed it very scientifically - with the 10.5" and Smart Keyboard in one hand and the 11" and Smart Keyboard folio in the other, there's not much of a difference in it, and as I won't be using the leather slip case anymore I have no qualms about the weight. Scientifically it's about 50g heavier than the 10.5" iPad Pro with the Smart Keyboard. The Smart Keyboard folio itself is good, slightly clickier than the previous ones - especially on the space bar. It is sturdier than the previous model in my lap which is where I frequently use it. The second angle is however essentially useless to me, much too steep unless I'm putting the iPad on a relatively high table to watch media on. That said that second groove is a good place to put my Apple Pencil when I'm not using it if I don't want to put it on the side of the iPad for whatever reason. The Smart Keyboard is however a very boring shade of grey with just the fold and the camera cutout on the back, and not even that on the front. It would be nice if Apple offered this in a few different colours - at least on the outside. 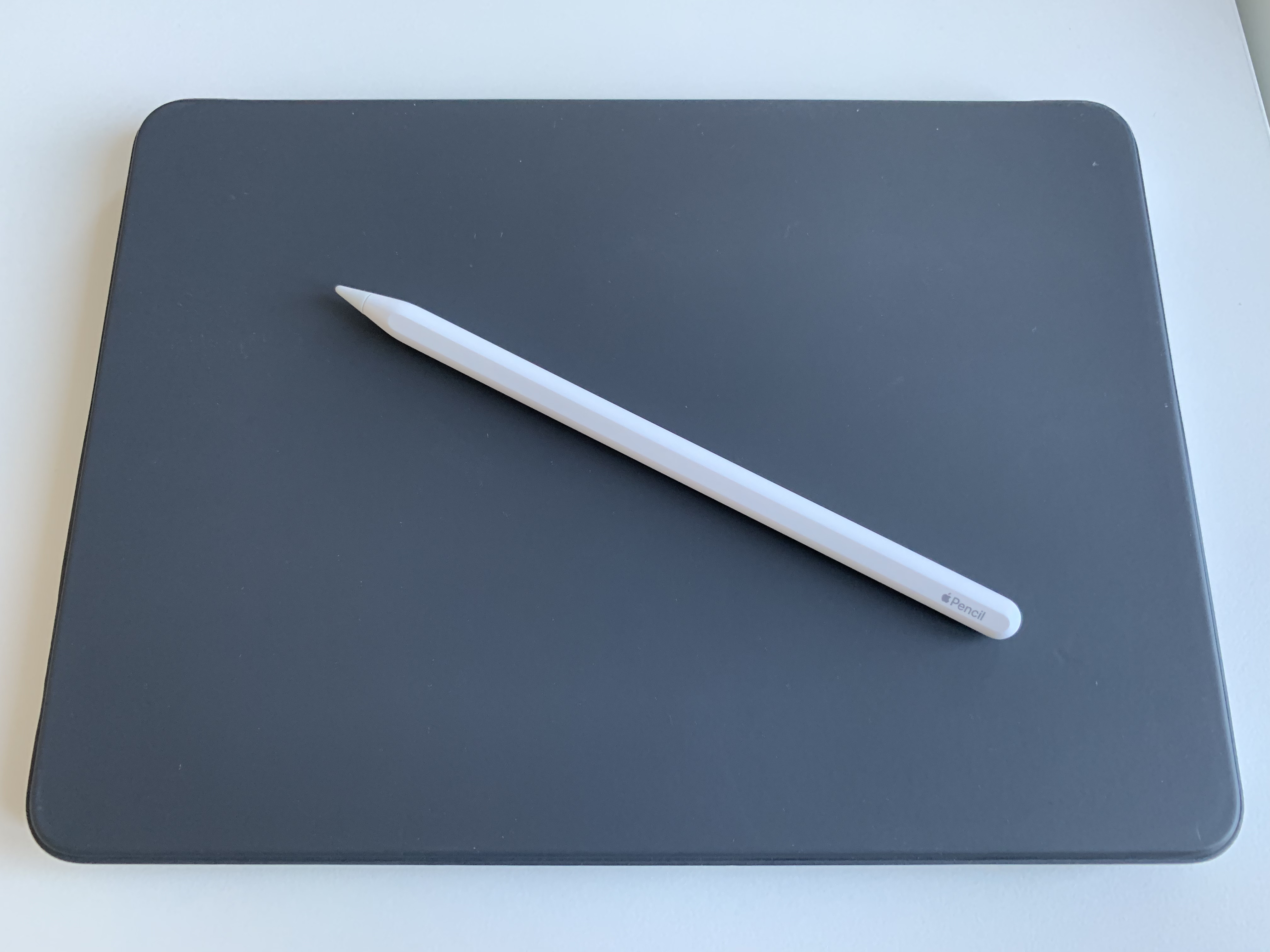 I really like the new Apple Pencil. I'm no artist however I use the iPad frequently to take notes by hand and sketch out ideas. The ability to switch between tools with a double tap is very useful - and I'm very pleased to see several apps such as OmniGraffle and Notability have already implemented support for it.

The new screen size does of course bring some challenges with it - namely that apps have to update again to support these new screen sizes. Of course, I primarily use apps such as Airmail, Drafts, and OmniFocus which have all been updated for these new sizes already! Facebook however looks terrible - and I don't think they ever got around to supporting the original 12.9" so I highly doubt we'll see an update there any time soon! That said I rarely use Facebook nowadays so it's no problem.

Most people of course don't need to upgrade to this iPad Pro from the last one - and for most people I'd even suggest they get the older generation which is still for sale in the 10.5" size. I use the iPad as my primary device though, leaving my 15" MacBook Pro on my desk at home when I can - and I've been looking for a larger screen size on the iPad without going back to the full size 12.9" behemoth! This definitely fits that bill no problem.

I did consider ordering the 12.9" - and I've looked at it in the store too, but frankly it's still too big and heavy for me. While I don't get two full size apps side by side on the 11" I generally don't notice or mind - in fact in some cases like when using Shortcuts in split screen it's definitely a blessing that it scales down to be a mobile screen when I have a list or menu to select from as they get pushed to the bottom of the screen. My iPad goes almost everywhere with me and I would like to keep that up, if it's too big or heavy that won't happen and I'll go back to browsing Twitter on my iPhone instead of reading or doing something productive.

I'm definitely happy with my purchase, and this year I'm not going to keep the 12.9" around as my big iPad (for one I'd have to keep two separate pencils!) - I'm consolidating my devices and am pleased the screen size of the 11" will allow me to do so.