In episode 30 of Automators David and I thought we'd share a few of our recent automations with you - as well as updating my TextExpander outputs to accommodate a switch in my email addresses I had some fun with Shortcuts!

When I was at MacStock not only did I have a great time but I spent some time making Shortcuts! Shortly after my deeper dive talk I got a chance to chat to an Automators fan, Bodie Quirk, who showed me his setup for playing entire albums from certain artists. Everything he had was working, but it was getting difficult to maintain (something that will probably happen to everyone at some point or another!). The challenge intrigued me, so I sat there for a while with an iOS 12 iPad and keyboard and poked at the problem. It took a few attempts (Bodie said he could see my brain working, what a compliment!), but I ended up with three Shortcuts which can do everything, and will do all the maintenance themselves!

These Shortcuts are based on files saved in iCloud, you could save them in Dropbox if you prefer but they're only text files so won't take up much space. Shortcut #1 maintains our lists of artists - this file is used in Shortcut #2 as well to help maintain the album lists. 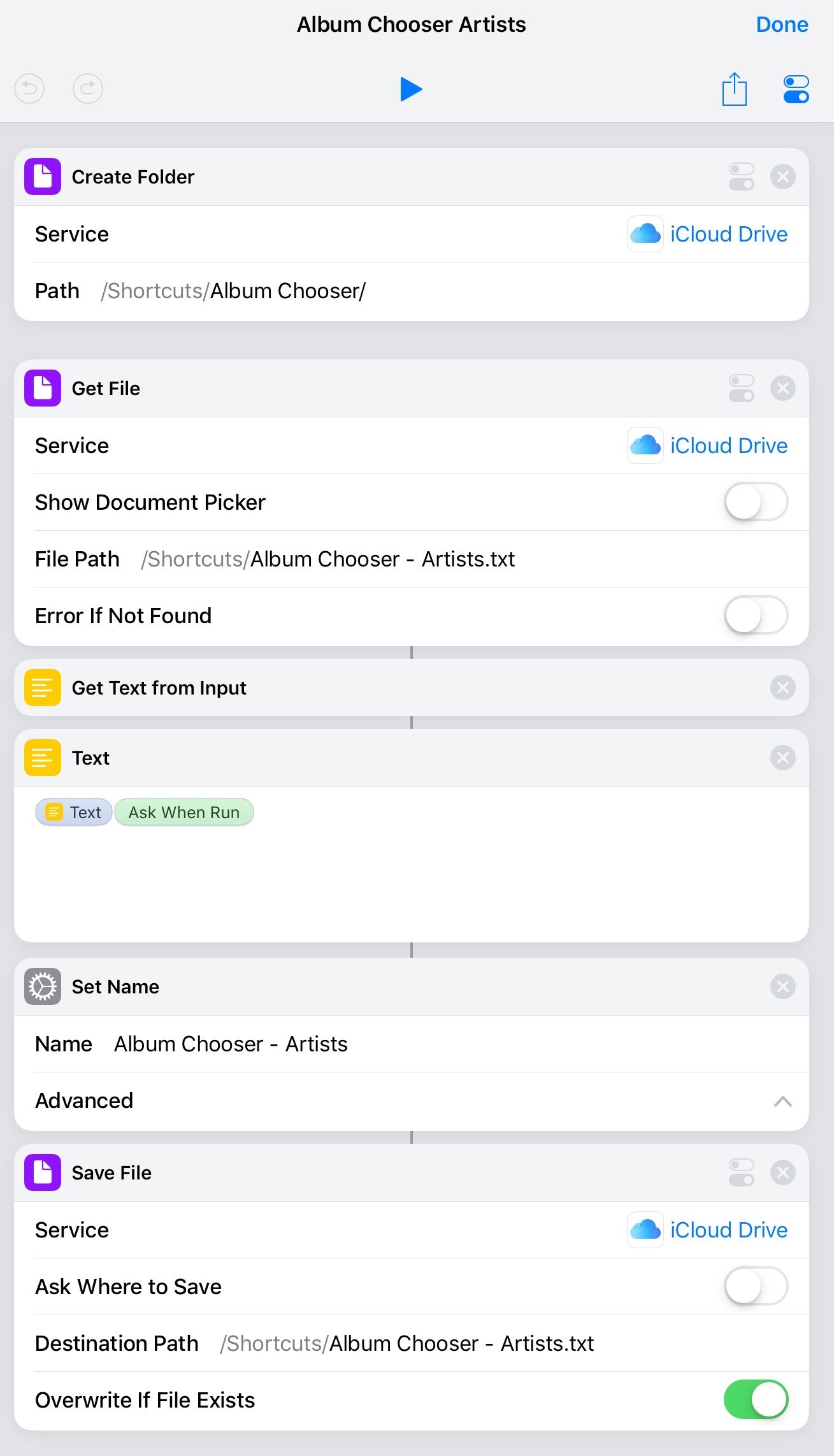 This Shortcut starts by setting a variable to nothing so that we have an empty list of albums. Then it grabs the lists of artists (maintained by the previous Shortcut, if it doesn't find it run the first Shortcut), and gives them to you as a list of artists to choose from. Then once you have chosen an artist it finds all the music where the artist is your chosen artist and gets the album name and if it doesn't have that album name in the list yet then it adds it. This is the part of the Shortcut that make take a long time to run if you have a prolific artist. Then it grabs the list of albums and saves them into a file with the name of the artist. If you want to be able to exclude albums then add a Choose from List action between Get Variable: Albums and Combine Text and make sure it's set to Allow Multiple (I'd also recommend checking all the albums by default). 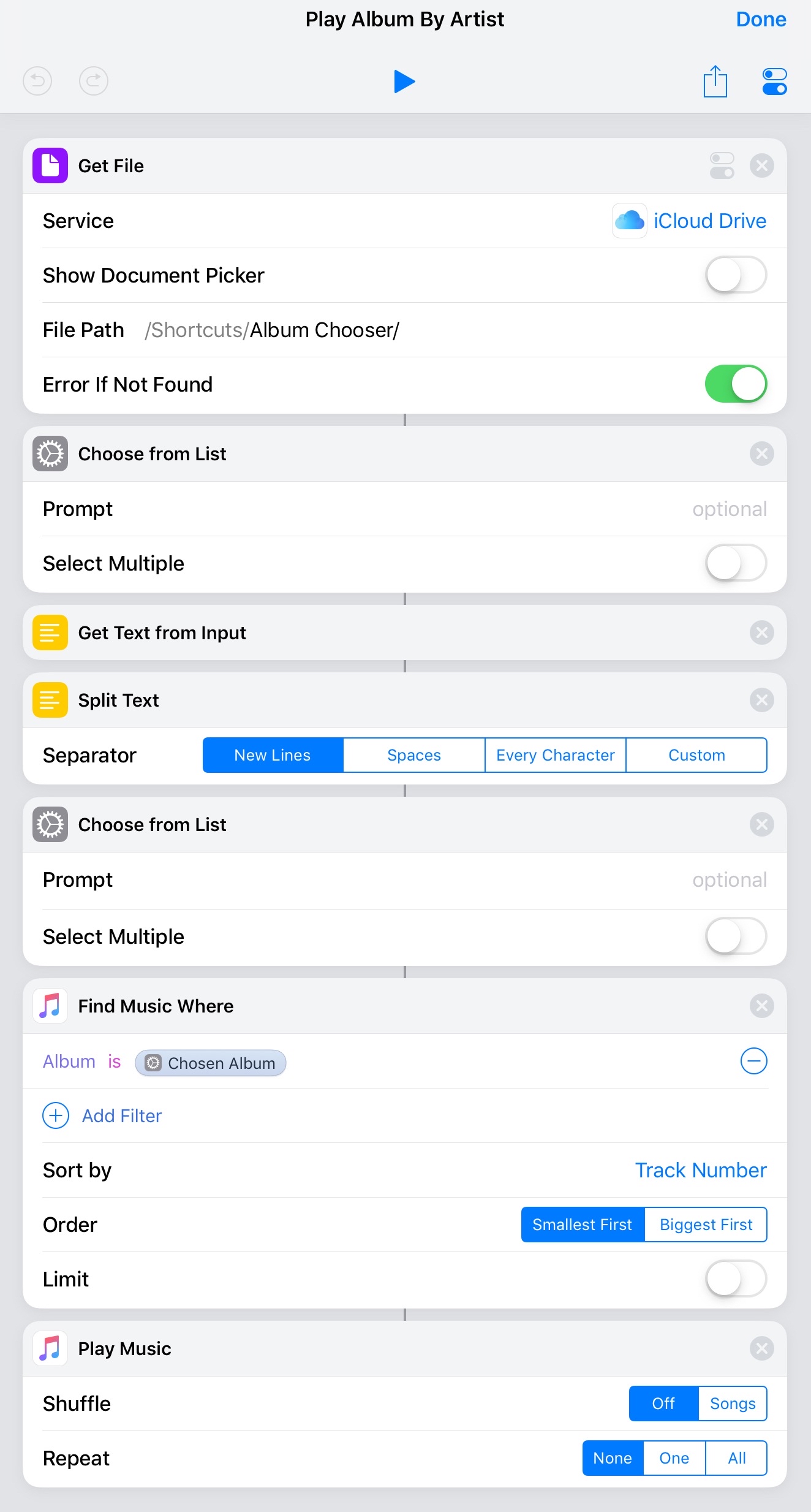 This is the Shortcut which you would use most of the time - the one that lives in your widget and with a few taps will play the album of your choice. It starts by grabbing a list of all the album files from our last Shortcut, this way even if you added a new artist if you didn't run the Shortcut yet to get their albums you won't run into an error. After you've picked your artists it uses the contents of the file to show you a list of the albums by that artist, it grabs the music from that album sorted by track number and then plays it.

You can download the Shortcuts here (make sure to run them in the right order!):

Check our episode 30 of Automators!